Overflowing with charm, humour and a playful tone, Plants vs. Zombies: Garden Warfare provides thrills of multiplayer third-person shooters in a family friendly package. It breathes new life into the series, moving from mobile to PC and console and from 2D to 3D, introducing an entirely new way to experience the iconic characters that captivated us in 2009.

Garden Warfare sees players control the plants or the Zombies in numerous multiplayer game modes, where they work together or are pitted against one another. Drawing inspiration from other team-based shooters, such as the whacky cartoonish Team Fortress 2, Garden Warfare provides players with eight unique classes—four for either faction. 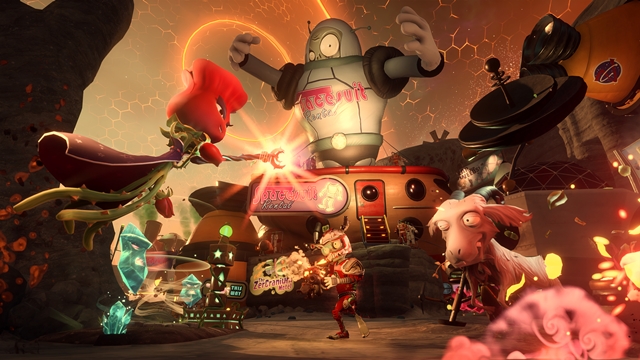 The Peashooter and Foot Soldier are the standard ranged grunts; the Chomper and the All-Star engage in close-combat; the Cacti fight at range; while the Sunflower, Scientist and Engineer support their teams in the fight to victory. Each of these classes has three unique abilities, be it launching area of effect attacks or burrowing underground, which provides that extra punch to spice up the gameplay. And, as if that wasn’t enough, players can find Flower Pots and Bone Piles around each multiplayer map in which they can place defensive turrets to further support their team, harking back to the series’ origins.

Cooperative play offers “Garden Ops”, a game mode whereby four players take control of the Plants in order to defend their garden from waves of invading zombies. Here, the gameplay stays fresh with “boss waves” whereby a slot machine spawns different boss zombies and rewards players with coins. Furthermore, as players can choose their plant-based class, gameplay offers a large variety of opportunities. Once the plants have defeated the final wave, they must escape to an extraction point and survive until the clock hits zero.

This game mode, of course, mirrors similar horde-based modes in games from Gears of War to the more recent Overwatch PvE (player versus environment) modes. Although these modes play well and provide an equal amount of thrill and laughs, Garden Warfare fails to add to the genre, instead becoming a family-friendly clone.

In competitive play, up to 24 players can compete in six different game modes. These range from team deathmatch and capture point variants to the more unique Gnome Bomb which turns the traditional CTF (capture the flag) game mode on its head. For those scared off by competitive online play, there is also Welcome Mat, which pits new players against each other as they learn.

Throughout all the types of play, players can complete unique challenges and earn coins which level up the player providing them with access to upgrades, character variants and various in game cosmetics. These all extend the game’s longevity. Furthermore, two months after the game’s original release EA added microtransactions which allows players to fast-forward their progress towards these items and upgrades in exchange for real-world currency.

The real strength of the game, however, is in its playful mood and art design. PopCap managed to transition their characters from 2D into 3D without losing any of their unique flair or charm. As such, the light-hearted and family friendly art style means it is a game that can be enjoyed by any audience.That said, the game does suffer slightly by failing to innovate the third-person shooter genre in any way, instead providing a polished, universal art style to well established game modes. Furthermore the small pool of multiplayer maps and modes does result in gameplay becoming repetitive quickly.

Nevertheless, in the right hands Plants vs. Zombies: Garden Warfare provides a polished multiplayer fps experience which can be played, and enjoyed, by anyone.

Plants vs. Zombies: Battle for Neighborville is a PvZ-branded online shooter, pitting you against players from around the world. Throughout the game, you'll experience multiple maps and game modes.

Battle for Neighborville is a fun action shooter game that offers various ways to customize your character. This third-person shooter is filled with chaos as players try to take each other down in player-vs-player (PvP) or join forces in the split-screen couch co-op mode. Each game you play offers new challenges and enemies for you to encounter.

With a rich history, this franchise has many unique characters available. You can choose from the classic Peashooter and Sunflower as well as new ones such as The Nightcap and the Snapdragon. 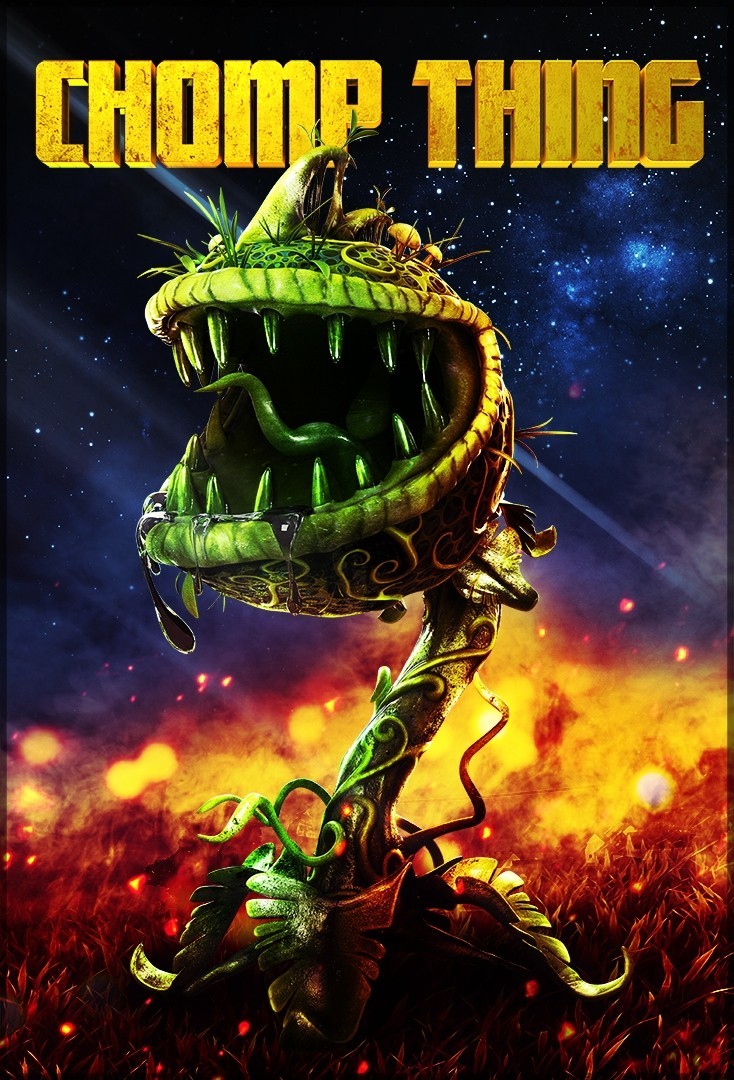 Playable zombies include the well known Super Brainz, the All-star, and the new characters Electric Slide and Space Cadet. With this wide variety of roles, you'll easily find your favorite playstyle.

Once you know what you want to play, you can hop into a variety of modes alone or with friends. For a small group, the 4v4 mode is ideal, allowing you to create awe-inspiring plays and strategies.

Along with the amazing graphics, you can explore the maps freely. Three regions offer this free-roam option, allowing you to immerse yourself as ammunition flies rampant through the neighborhood.

Where can you run this program?

Plants vs. Zombies: Battle for Neighborville is available for Windows 10.

Is there a better alternative?

No. There are many similar games, including Plants vs. Zombies™ Garden Warfare, a similar game from the same franchise. However, these games often suffer from the lack of a playing community.

Battle for Neighborville is a great spin-off game from the original PvZ game and brings back many fan-favorite characters for you to play as. It has enough content to keep you interested and enough competition to make it fun. 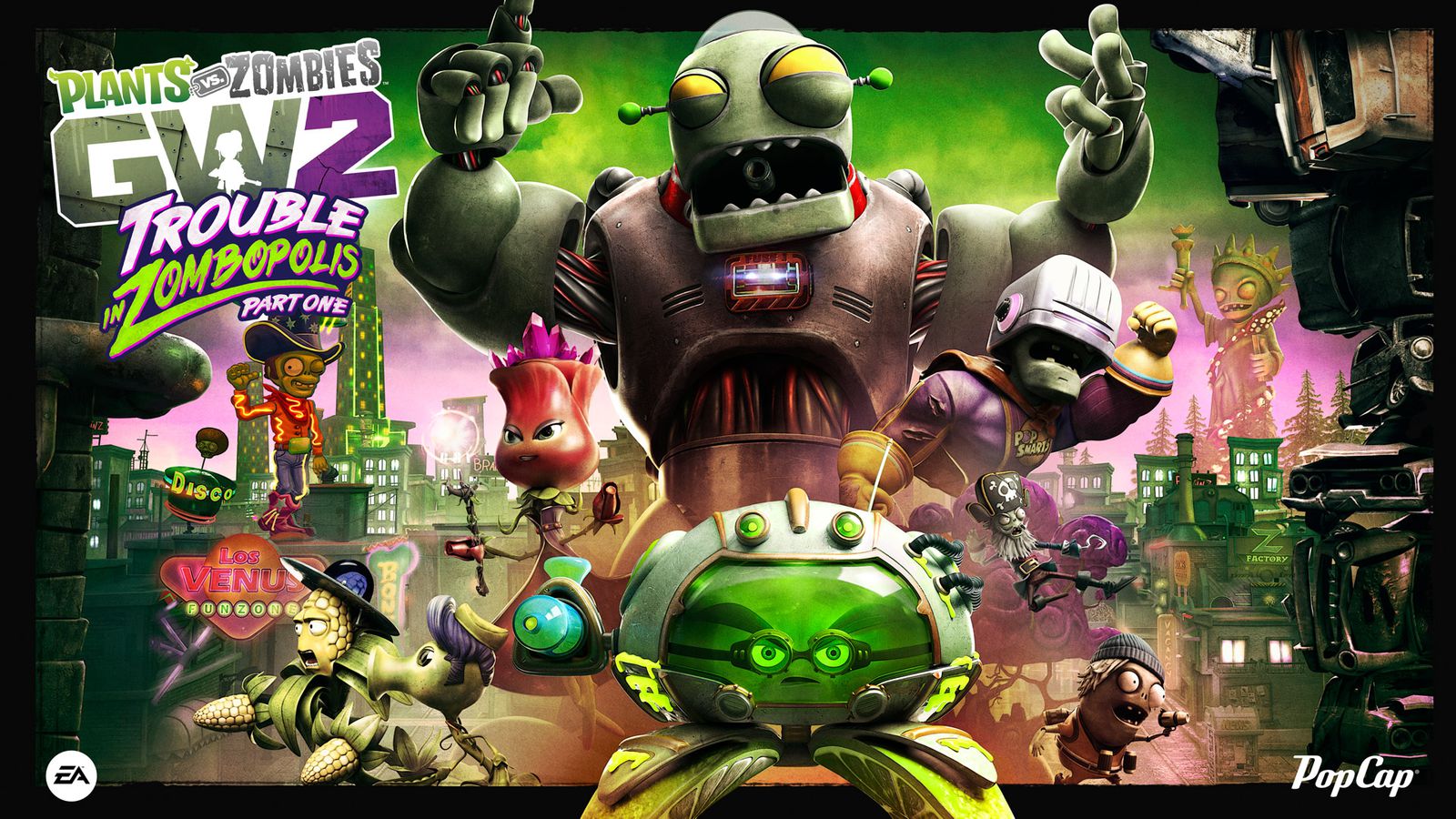 Yes. If you enjoy the Plants Vs. Zombies franchise and want to experience a new PvP version of the series, you'll enjoy this game.